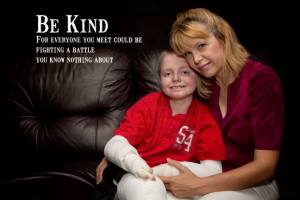 It’s been a while… Have you ever published a book? Either a written or photographic? It’s harder than I thought. I’ve mentioned in the beginning I’m not a writer I’m a photographer.

I was told by one of my mentors that since I am not very good at writing I should not worry about the images but to start writing my story… Well, I took her advice.. I started writing but couldn’t figure out how to even start.. So much information but how to put it into words. So I solicited help from a professor at UCLA, Jennie Nash, and she was willing to help me.  Help me!! I said graciously… I don’t even know where to start. She said write me a letter as if no one else was going to see it. Don’t hold back and don’t worry about offending anyone. I thought to myself, I could do that and next thing I knew I had several pages written in no time. In a matter of a couple of weeks I was done with my story.. Yay

I started this documentary about 2 years ago. I was so excited and only cared at the time what I was shooting. I knew I was going to get everything I needed. But it never dawned on me how many images I would have at the end. I am a prolific photographer. I don’t keep my finger pushed down on the button but I do take various images because I know what I want but you never know which images will work better with others, so I never limit myself. Yes, I could have gone through the images each time I had a shoot with him. But the problem I was faced with was that each time I photographed him it was very emotional. Most of the time it would take me a few days just to get over that day of shooting. I don’t want to say I eventually got used to it because I didn’t. I just got better at handling it. By that time it was too late I only had a few days left of shooting.

My story was done and I now had a grueling task of going through all the images. It’s not like going through wedding pictures and being able to sit back and enjoy and even smile at the ones you took. Having to look at images where you remember the crying, screaming and even the smell was so hard. So editing down the images took so much longer than I thought. Almost down to the last day to have it published for the book release. Too many good images but only so many can go into the book. As it was there is a total of 289 images and 142 pages. I could not take it down any more because if I did you would not get the whole story.

The book is now published and had received great reviews. Part of the proceeds goes to medical research.

Now the book has been released I can continue on with my work. I have some excited new project that will be released this year. As well as completing a few project that has been in the works.

I will now be posting on a regular basis. As I said… 🙂 If you’re looking for perfect grammar you will probably won’t find it here.. But what you will find is information, emotions, options, art or just plain talk.

Have a good day 🙂

In Flow with Otto

Creativity is within us all

A Word in Your Ear

Stories and Photographs of my travels, Tales of friends, family, animals and my life

Adventures in Life; The Souls of the World

The latest news on WordPress.com and the WordPress community.